MEANING OF THE NAME

In physics, MRUA is a formula commonly used for movement. By associating the word international with it, we are declaring that the movement that drives our creations will be deployed internationally. Our playground? The planet.

The name of the company is pronounced: M - RUA
The visual identity of MRUA was designed to give a prominent place to the letter M. 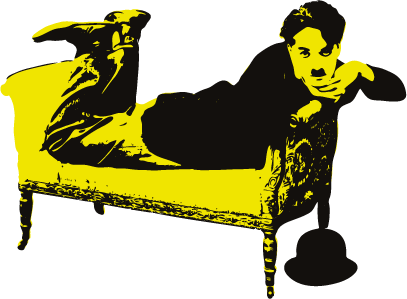 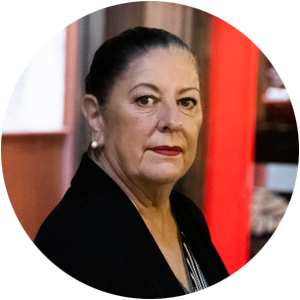 Caroline Perron has worked in the field of marketing strategy for over 30 years. A creator who specializes in business development for cultural enterprises, among other things she is responsible for strategic planning, creation, marketing, advertising, media planning and promotion. In 1988, she founded DUOCOM, specializing in advertising campaigns and commercial marketing for the general public.

In 1998, she founded communications firm ZÉPHYR, acting as CEO and assuming the roles of manager and artistic director, to concentrate on the commercial aspects of marketing contracts for cultural products throughout Canada.

Caroline has extensive experience in the culture sector as a production manager for various cultural and tourism projects, such as the creation and production of international shows, negotiations with French, Belgian and Swiss producers, and as artistic director of outdoor circus productions.

In 2003, she co-founded Cirque PLUS, a company that specializes in the design and production of multidisciplinary circus shows created for its clients’ specific needs. Caroline is artistic and casting director for the Cirque PLUS creations, which are designed for corporate clients that operate internationally. 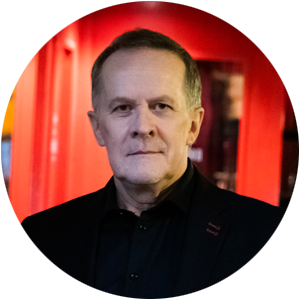 
Working extensively as an actor from 1980 to 2001, Richard has performed on stages throughout Quebec, in addition to appearing in film and television.

At the beginning of the 90s, he was asked to stage Neil Simon’s Gingerbread Lady and Robert Harling’s Steel Magnolias, where his ability to direct actors was apparent from the start. In 2001, he was nominated for the Prix d’Excellence des Arts et de la Culture for his production of Une maille à l’envers by Michel Duchesne.

In 1995, he founded Richard Aubé Productions, with the goal of creating a space that would let him give free reign to his imagination. In 2012, his company won the Fidéide award for Cultural Enterprise of the Year.

A very active creator, since the start of the new millennium some of his work has included: 2000 voix chantent le monde, a huge choral work that sold out in both sports amphitheatres of Quebec City and Montreal. Boudin, révolte et camembert by Isabelle Hubert at the Théâtre de la Bordée, the opening performance of the Sibiu Arts Festival in Romania and the closing performance of the Varna Music and Theater Festival in Bulgaria.

In spring 2017, Richard was asked to reinvent the Grands Feux Loto-Québec, introducing the world of dance to this internationally renowned fireworks showcase and making it a must-see event. The same year he produced a rock adaptation of the opera Carmen which became À cause de Carmen. He also created L’Open house de la Dauphine, a recurring musical show that brought together several great Quebec singers.

“Richard Aubé is an artist who thrives on challenges and has carved out a solid reputation for himself. He is one of Quebec’s best kept secrets,” noted Renée Hudon of Radio Canada.